Client confidentiality means that we rarely produce case studies from our formal therapy services. When we do it is with the written permission of the client. Names and other identifying details are changed.

D was referred to us by a specialist alcohol nurse we had contacted through outreach work. I have been seeing him for one-to-one art therapy for 4 months.

D is in his late 60s. He is lonely and isolated. Everyone he knew has died. He is completely alone and it is not rare that I am the only person he talks to in the week. D has cancer and his health is deteriorating.

After his best (and last remaining) friend died 4 years ago, D was extremely low and felt suicidal. He started drinking excessively and was admitted to hospital for 6 months during this period. He has been in and out of hospital periodically since. When he was referred to us, he had just been in hospital for ‘severe depression’. On discharge, the hospital wanted him to join Alcoholics Anonymous. D didn’t want to, and explained that he drinks because he is depressed and lonely and that if these issues were addressed, then his drinking would cease to be a problem.

When he first came to us he was extremely anxious. He wrung his trembling hands constantly and his legs shook and jerked. He stammered and found it very difficult to make eye contact or to complete sentences. He was drinking heavily and couldn’t sleep. He found it difficult to come in at all and needed sensitive and sustained reassurance and encouragement.

Over a month after we’d first made contact with D, he felt able to attend his first art therapy session. (D had never used art materials as an adult.) These are examples of early sessions with D. 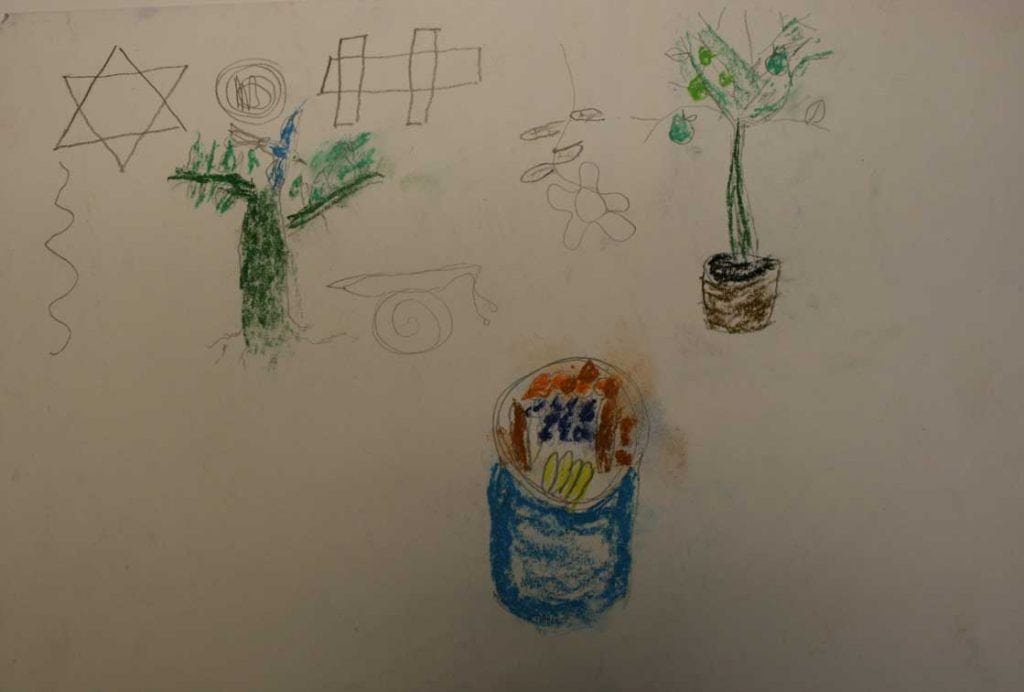 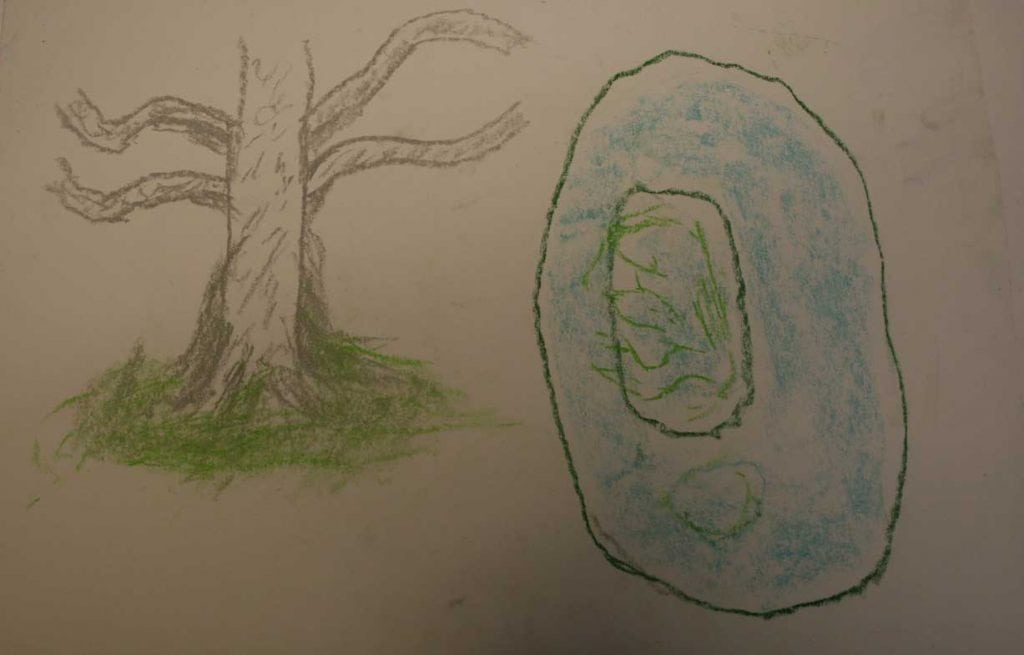 In the one above he comments that he feels like a barren tree on an island, far away from anyone else. In some work, there is only the faintest of lines drawn (and drawn with a very trembling hand).

In the two images below, D and I collaborated. I drew some lines and D echoed me, gradually becoming more confident, both in art making and in discussion. 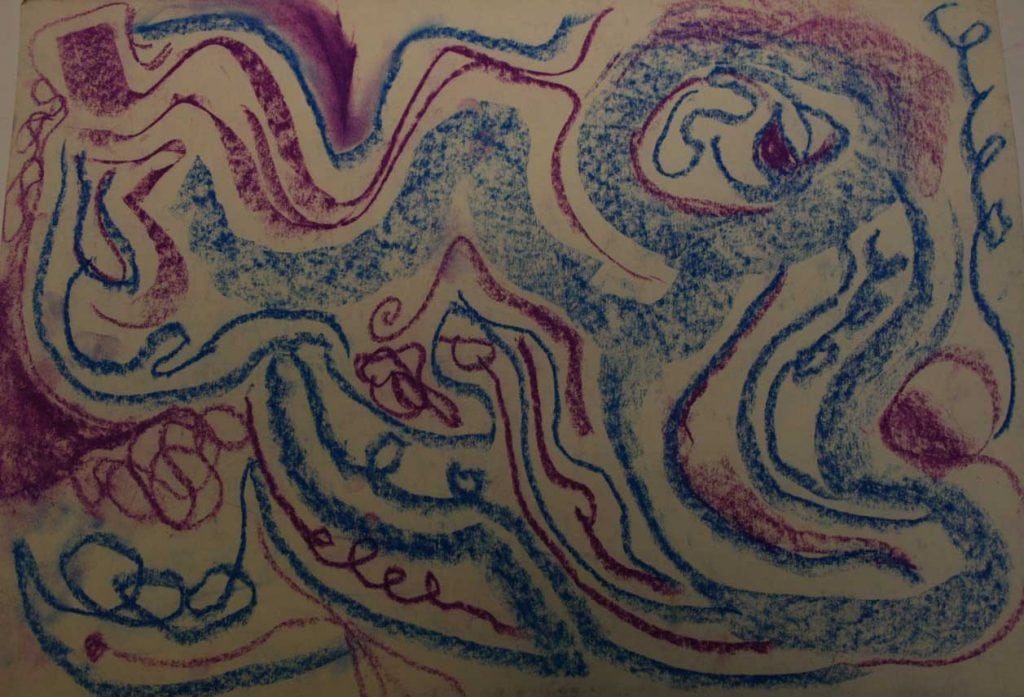 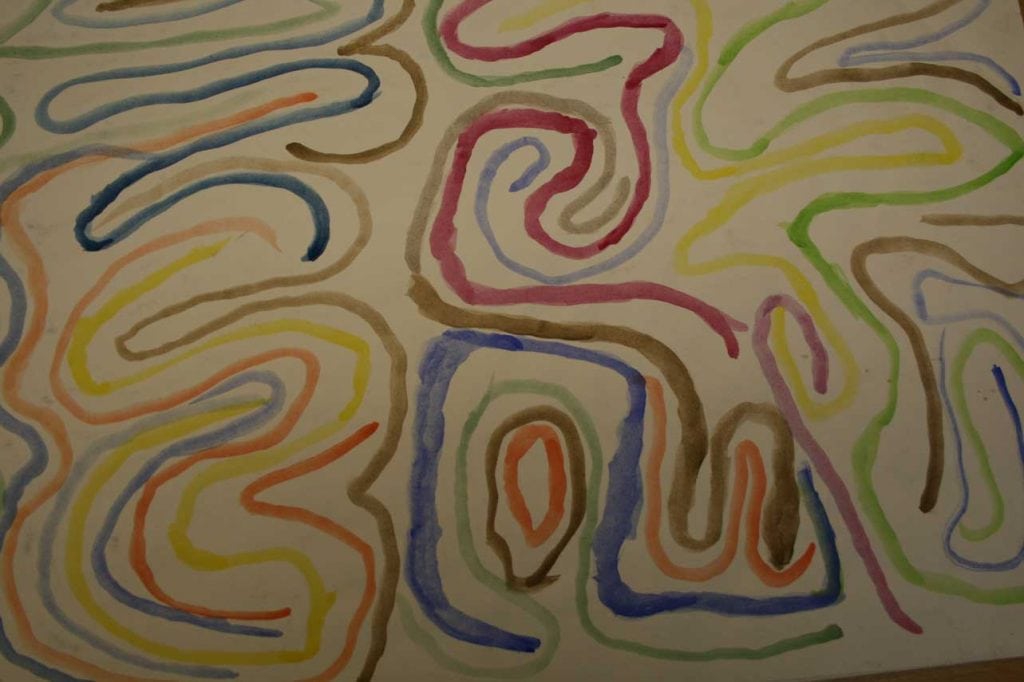 Four months later, D is transformed, working on his own with a wide range of materials and colours (see below). He is confident and engaged; he feels that his life has meaning. And, although every day is a struggle, he hasn’t had a drink for 3 months. 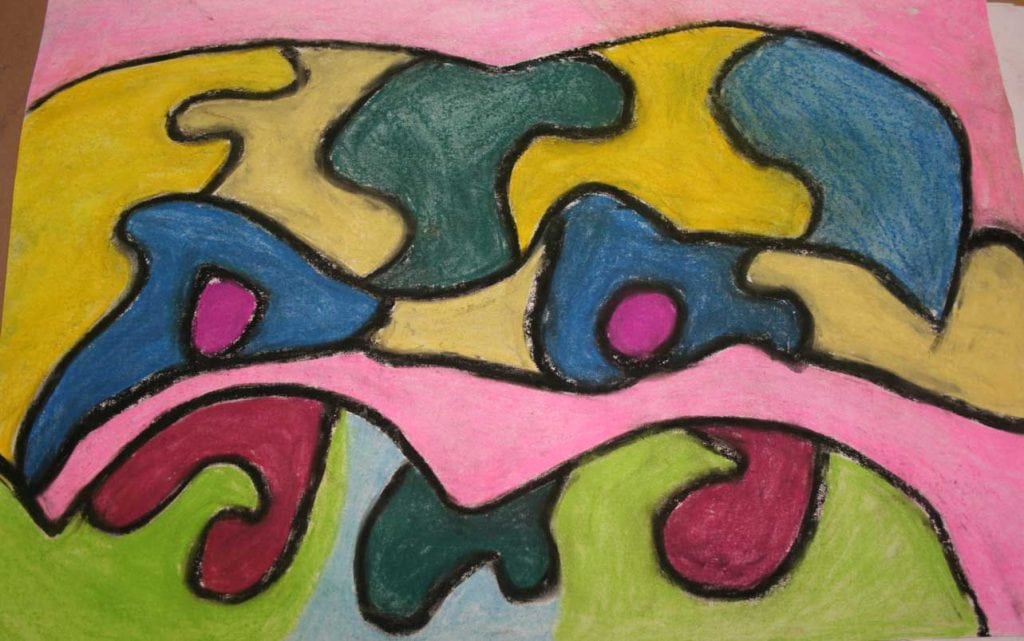 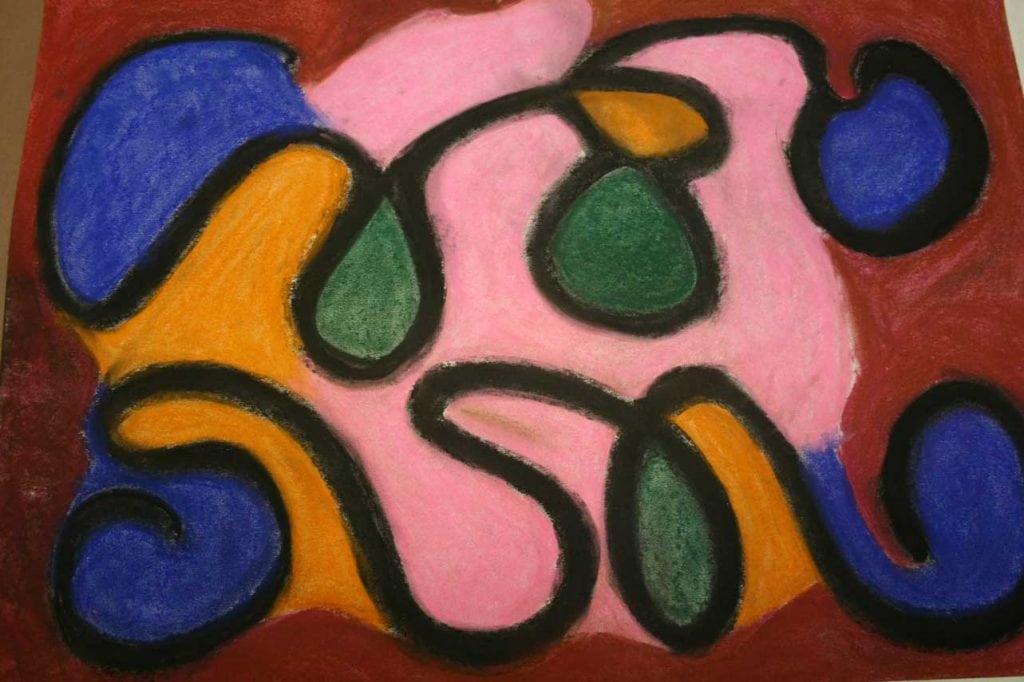 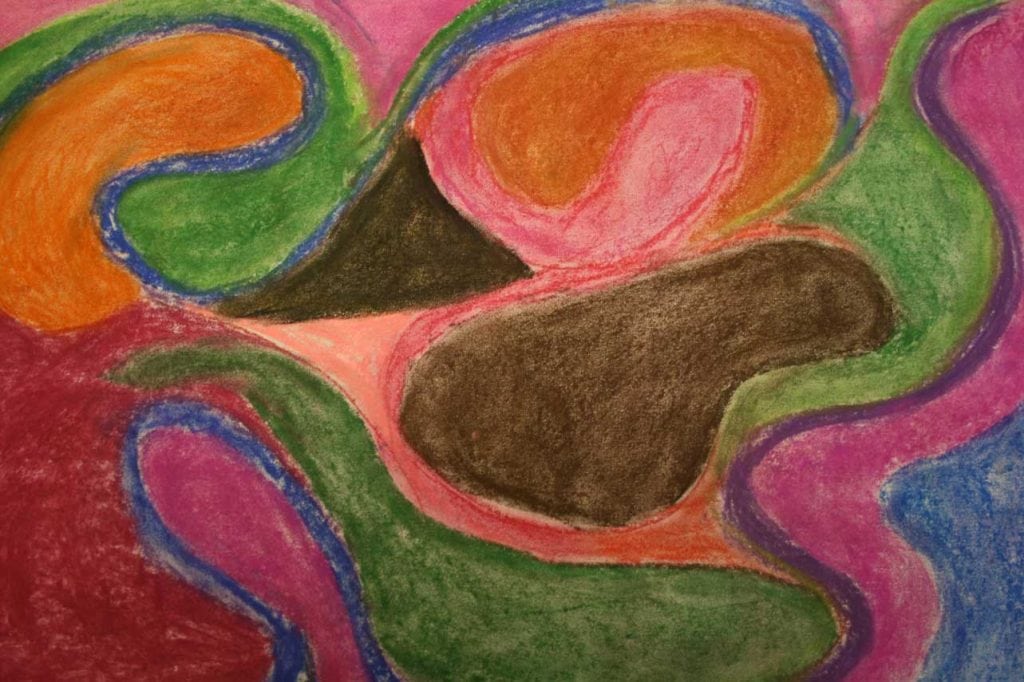 D’s transformation, his new self-confidence, engagement with life and discovery of personal strengths and creativity (indeed, his flowering as an individual) is strikingly illustrated in his art work made in art therapy. I believe that the experience of being witnessed is the key to D’s transformation.

D has moved from one-to-one work, to working within one of the art therapy groups. He has also started to attend another, non-therapy group, and to make friends to other Claremont members.

D has agreed for us to show his art work. The work made in art therapy is confidential and not made for display. I am sure you’ll respect the privilege of viewing his work, as I respect the privilege and responsibility of working closely with individuals in therapy. This material may not be published further.

“I’d do this any day rather than drink. You see, I just need someone to do things with.”